Good News for Indian Game Lover. Finally FAU-G game has been officially launched today on 26th January,2021. On Republic Day nCore Games, a Bengaluru based company has released the game on Google Play store. Now anyone can download and play this game absolutely free.

Now FAU-G is available on Google Play Store. You can easily download it by following the instructions given below.

Step 3: In the search results click on FAU-G: Fearless and United Guards 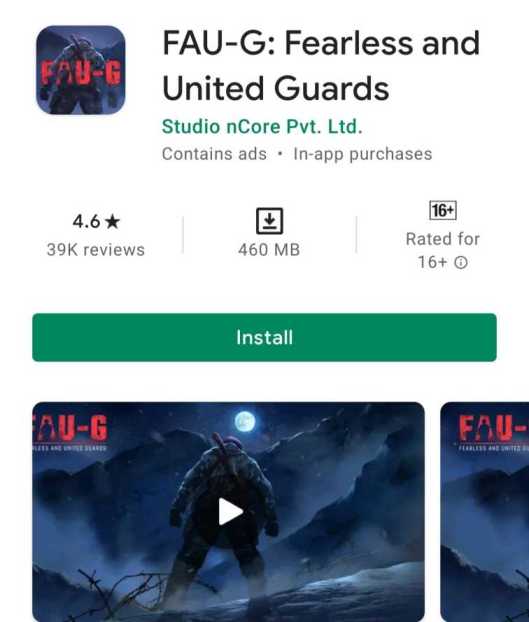 What is the FAUG release date and size?

FAUG release date is on January 26, 2021, Republic Day. The size of the game is 460MB. Today the game has been officially launched just now. Go to play store and download it.

How FAUG is different from PUBG ?

FAUG vs PUBG: FAUG is an action game, PUBG Mobile India, on the other hand,  is a battle royale game. While FAUG is reportedly based on real incidents that have taken place in the Galwan Valley, PUBG Mobile is set on an imaginary island. FAUG’s data centre is going to be based out of India, since it is a Made in India product.

Who all are in FAUG Core Team?

FAUG has been developed by nCore Games, a Bengaluru based company headed by Dayanidhi M G. nCore games have Vishal Gondal as the advisor and investor.